I was planning on doing a big blog entry today but, a nice bout of food poisioning took care of that. It's only been an hour or two since the major symptoms stopped.


Yogi was once again unco-operative but I managed to get a couple of shots - that weren't of his side. I shall endevour to take them outside during the day tomorrow. Hopefully I won't be driving the porcelin bus anymore. 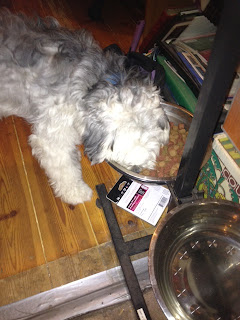 I got da munchies. 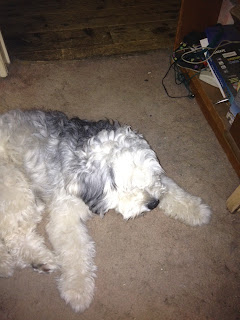 I don't want to do anything.
No, Aunty Anne. I will not look at you.

He's been booked in for a grooming on Friday so you'll be seeing a different dog here come Friday night. (I promise you it will be Yogi just won't look so much like the Yogi you're used to.)

A big shout out to  Yogi and Yattie's vet. (Yogi LOVES them to pieces.) Many thanks to http://www.petuniverse.com.au/ for the great care they take of the animals.
Posted by 365 Days of Yogi at 8:55 PM