I've had a busy day, and so has Yogi.

He'd been outside for a couple of hours when I got home and just wanted to play. I asked him where his ball was - so he picked up his rope. I said "No, your ball." He got an "Oh! My ball!" look and ran off - to pick up and bring back the other half of his rope. I laughed and said "No, not your rope, your ball."

Which I then went off and found. He played for a couple of minutes but lost interest pretty quick. 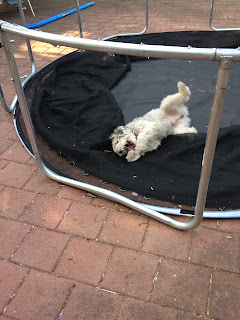 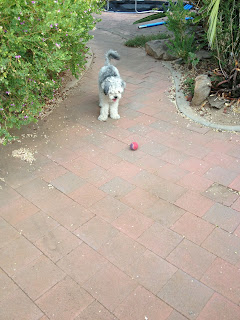 Yep. That's my ball. What you want me to do? 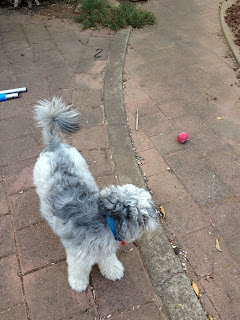 You threw my ball.
That's nice.

Then I decided I would head inside, Yogi was busy chewing on something so I thought I'll just sneak around the side and see if he notices. One blur later... I realised that he had. 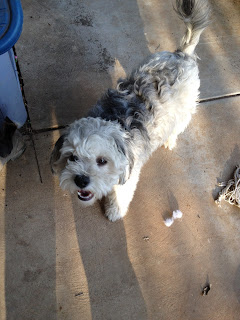 So, you're going inside? 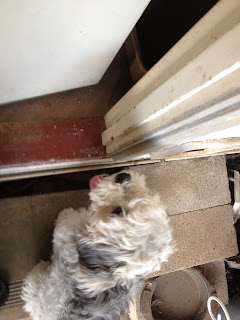 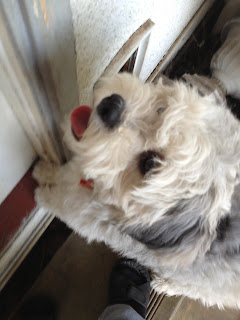 Just as soon as you open the door. 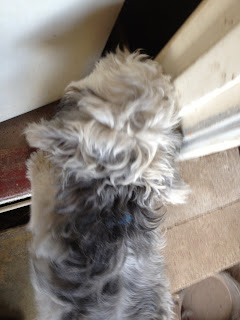 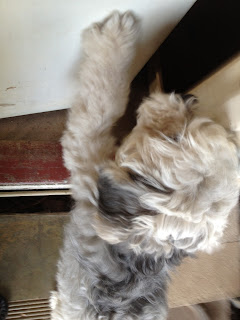 It's okay, I am a gentlepuppy.
I'll open the door for you Aunty Anne.

He's sleeping at the moment. Tuckered out. Been a long day for such a little puppy.

I must try and find him a pirate hat. I think that would really suit him!