We went to the usual dog park today, got to the car park and noticed that the woman was there again. We'd just decided to go check out a different dog park when we noticed one of the regulars was a couple of cars over. So decided to get out and walk over with them. Only they had left because the womans dog who has a problem with male undesexed dogs had gone a female dog. Seriously - if your dog has a habit of going for other dogs - perhaps a dog park is not the place to go.

While we were talking she decided to leave started walking towards us and saw Katt so headed in the opposite direction - or tried to. Her dog sat down to stare at Yogi and wouldn't move. It would have been funny. As she'd left and we already had Yogi out of the car we went in. The place was full of dogs. Full of dogs who had a problem with Yogi. They were all coming up to him and grarking. (Katt's new word of the day. It's when your bark has a growl in it.) The owners did nothing but laugh.

So, we went down to the Mawson Lakes dog park. One of the dogs there went off. Hackles were up and she was graking loud - however her owners grabbed her and put her on the lead. Responsible. She was okay after a few minutes.

So, we went to the dog park we used to go to originally until we found the closer one. We were happy coz no one else was there. (This place is tiny). Then someone arrived with a couple of dogs. All was going well until Yogi teased the bigger dog who chased him around and rolled him over. That was about the time we decided it was time to go home.

If it hadn't been so cold we might have headed into the North Adelaide one and gone into the small dog park. As in for small dogs, not the dog park itself is small.

Anyhow, on with the photos. 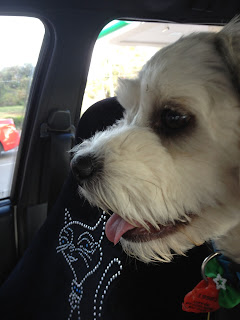 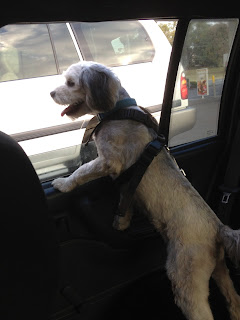