Well, it's been a busy day. Of course Yogi hasn't been out and about today as we've both been busy.

Shirl took me out to dinner last night and we sat discussing a few ideas for her business. It's really exciting for me that she's willing to let me use her as a guniea pig to test out different methods of shooting etc. I'll get my feet back and then I'll be able to go back again. She thanked me for putting photos up of Yogi in the tux she gave him. Apparently people think Yogi looks better than the models.

Problem is I'm going to have to buy more equipment. I need lights and sound gear. Who would have thought wanting to produce short films/commercials would be so difficult! Still, I can work on the photography at first. Yogi isn't half as camera shy with this as he was with the phone. I guess he figures I can't just send his image halfway around the world with the click of a button anymore. (I haven't told him that I still might. I prefer to take them with the canon now but sometimes it's going to get down to the crunch time and the iphone is going to be the way to go.) 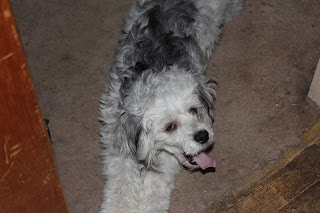 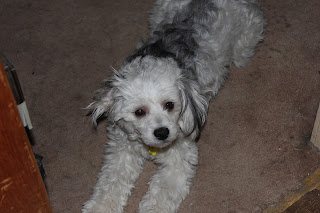 You don't got any treats on you? 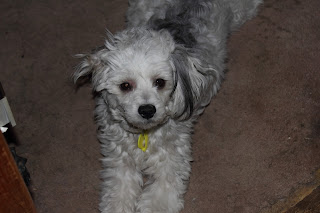 I think you do and you're just not sharing.