They said it wasn't possible. But today, I believe I have started to achieve the impossible. Actually, it started last night. It was dark and I really wanted to go for a walk. I looked at Yogi and said right let's get this 'heel' training under way.

What do you know... I had to correct him a lot last night. But only a little today. I had my arm pretty loose at my side and he was walking along happily most of the time. I think a few more days and he'll have it down pat.

We started teaching him 'bang' last night where he lays over and plays dead. Strangest thing happened. He did it the first 3 or so times and after that he just got up and walked away like he was really scared. He's never done that before.However, we are teaching him "Which one?" for treats. He did it on his own the first time so I thought I'd encourage it. He was tapping my hand with his paw to get to the treat. So now I hold out my hands with a treat in one and ask him which one? And he taps my hand with his paw.

He is so smart. It's a pity it costs an arm and a leg to get into anywhere that doesn't use correction collars. If I do get a dog it's gonna be pretty funny if they both try and get onto the table. It will also get confusing with Katt only being Mummy to Yogi and Yattie, but Aunty Katt to my dog. Still, the nice thing if I do get a dog is it will be *my* dog. No one who wants to play mind games for visiting rights. 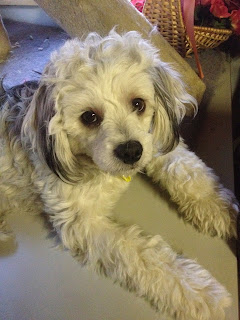 You want to share me with the world!
Or give me treats. 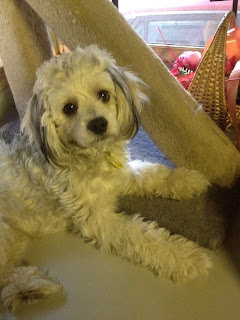 Actually, make that AND give me treats. 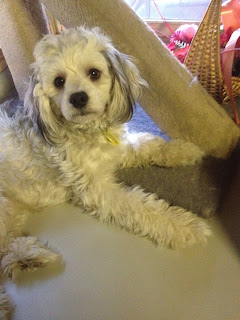 What do you mean you're out of treats?