I just realised I celebrated a little early... about 10 days early. It's just struck me that it's 200 days from *today* that the 365 days will be up. It's funny to look back and think I've been doing this for 165 days. I imagine on day 255 I'll be excited that I'll only have 100 days to go.
165 days already. Seems like just yesterday I started sometimes. Yogi was a very happy bear today. Katt had to go visit her mechanic and he got to tag along. Apparently he only barked his head off at a couple of people carrying paddles. Who walks around carrying paddles? It's not like there's a creek around here to go paddling in. In which case one would think a canoe or kayak would come in handy to go with the paddles.
He's getting more and more used to being outside which is good. I think his bones have reached ultimate stink mode meaning they taste yummy for him to chew on. I look at them and just cringe. But, he's a dog and they love stinky bones.
He's so helpful when you're putting the harness on. He lets you know when you're doing it wrong too by being a pain in the arse. I guess he doesn't want to have to stand there while you figure out what you're doing wrong when he can tell you're doing it wrong and wants you to start over.
Yattie Da Evil Cat is splayed out in front of the heater. He loves it there. He cracked me up the other day with the contortions he was in to get just the right amount of heat on his body to the exact spot he wanted heated up. Katt had a tiny giggle when I pointed it out to her. He was such a sook this morning when we had a visitor. Pretending he was a lovely playful friendly cat instead of the attack machine that he is. Those teeth and claws are sharp people. Evil Cat's must be approached with caution. Even if they are adorable when they're asleep on their back with their four white socked paws  flailing around in the air. 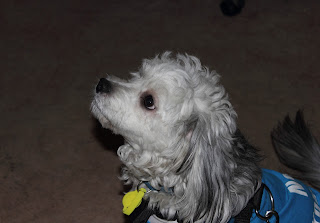 My harness is on. WHAT's TAKING SO LONG?
I READY!! I BEEN READY ELEVENTY BILLION HOURS! 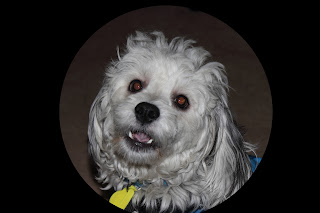 I think we'll go through the round window today. 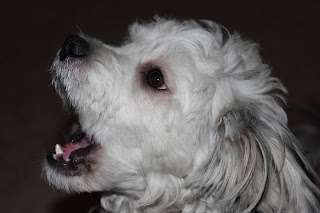 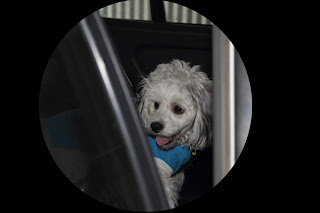 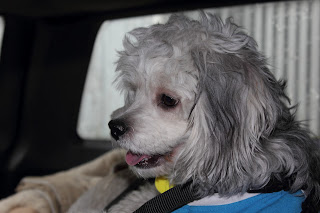 I in the car... and it not moving.
ELEVENTY BILLION TIMES THREE MUMMY!