Here we are at the end of a long day again.

Took Yogi and Dad over to where Dad used to take Zill every morning and hang out with his dog club. He was sad that no one was there - but he doesn't take Zill anymore either. She refuses to go for her walks now, (at 13 with cataracts, arthritis and a hearing problem can you blame her?) Dad's on a walker as well so he can't really walk anyone.

I worked so hard a few months ago to get Yogi to walk to heel. *Sigh* He doesn't do it anymore. I ended up doing one lap with Dad. Putting Yogi in the car... doing another lap with Dad and then driving around to where Dad wouldn't have to cake his walker in mud again before Yogi and I walked back up to meet him. Yogi was very vocal letting us know where the car was at all times. I was just happy no one was around.

He's excited because Mummy said she was coming home in 7 sleeps (I thought it was Sat you were coming back?) and he's had about 8 sleeps now. Although she did say night sleeps and he's on about his 3rd for the night. I'm really happy she's going to get to spend some quality time with her sister. There was a time when all of us used to drive over to Vic to see Steve and Dawn (and various other friends) for 2 weeks at a time every year. It's been a few years since Katt actually got to spend more than 12 hours with her sis so I'm really happy! It's long overdue.

Spoke to Karen this morning. Hard to believe everything for the trip that is going to be booked or organised is done. Makes it more real having my passport at the ready too. Which reminds me we're going to have to sort out our Chinese visas. Anyway, you don't care about that. You care about what made me laugh out loud and reach for the camera when I turned around today. 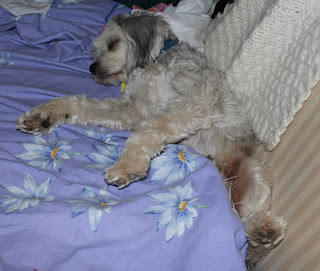 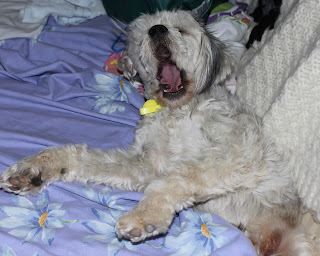 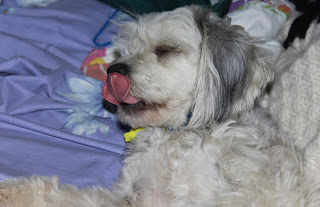