It's been another beautiful day here in Adelaide, just a pity that it's so hot already (40C tomorrow), and we haven't even 'officially' reached Australia's Summer yet..(Dec. to Feb) !! As you will see in the pics below..poor Yogi doesn't handle the hot weather very well.
I considered ringing his Aussie Pooch Mobile Dog-Wash lady (Lyn) to see if she could come sooner than Friday week..but I know she is very heavily booked at the moment.  I've also considered bathing Yogi myself...except for the fact that he is still getting medication appied to his ears for the Yeast infections he has.  I totally don't want to exacerbate this problem, as it seems to be clearing up.

Does this qualify for a 'Let Sleeping Dogs Lie' scenario?? 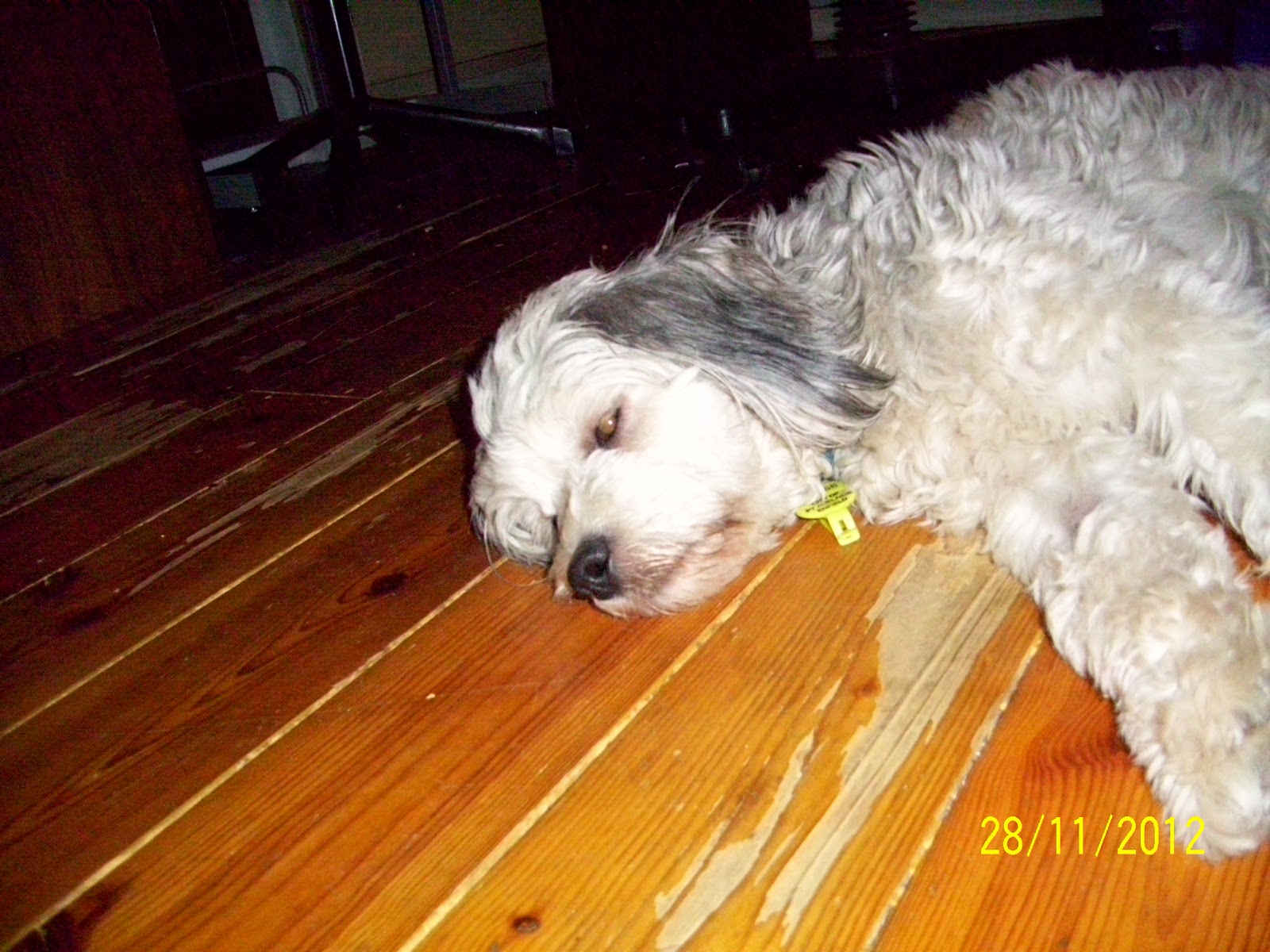 If you look closely at Yogi's eye, you can see he's acually 'playing possum"! 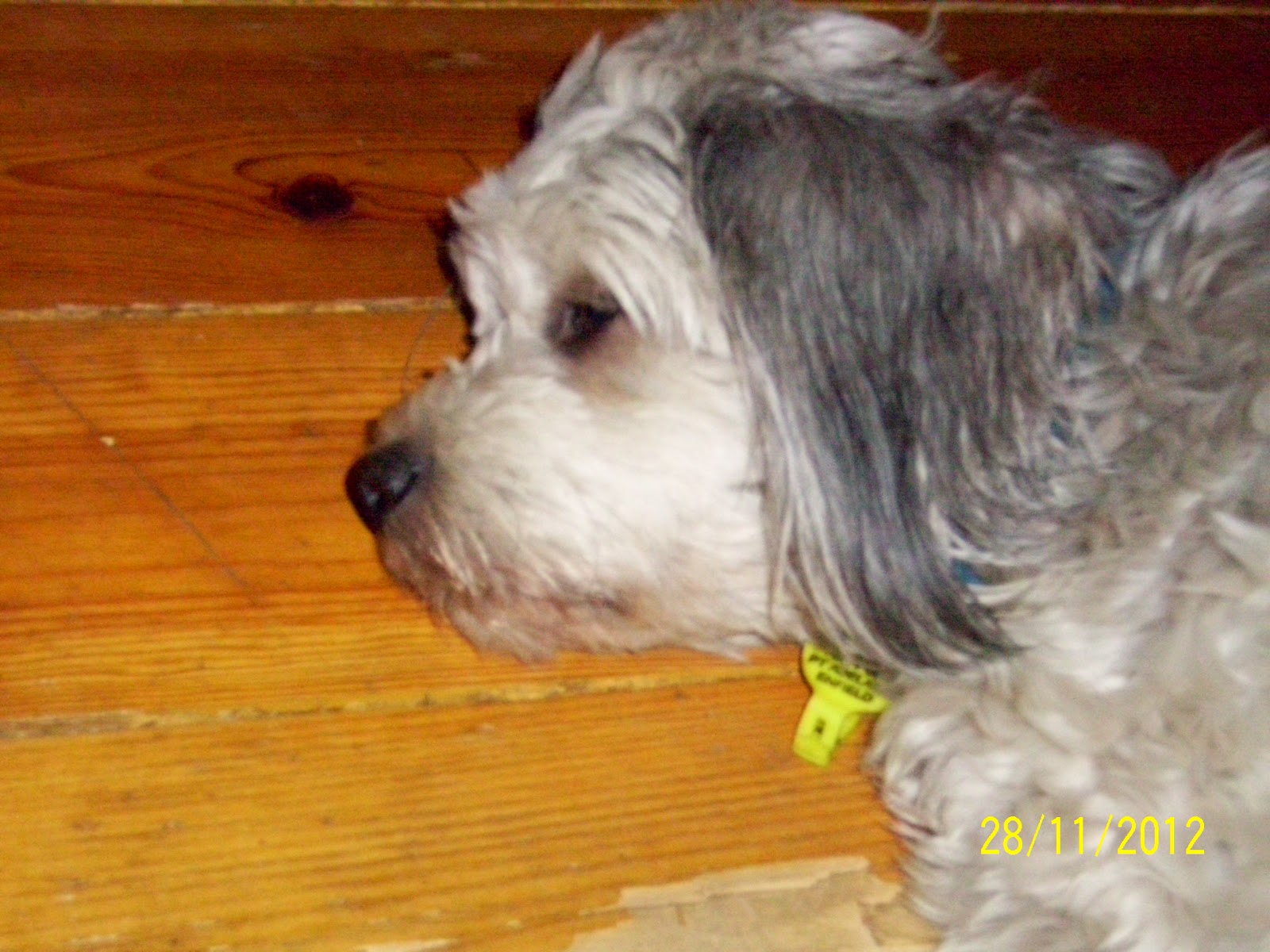 Either that, or this is his BEST "Dead Dog' trick!

PS: NO Yogi's were harmed in any way in the production of these pictures.!