It's another bit of a blah day and Katt had to drop her car off to get fixed. She took Yogi. I followed her up and she transferred him into my car before walking off to talk shop. Yogi spent about 15 mins going between looking out the window and whining. Mummy, where's my Mummy. I turned around to see if Katt was coming and he jumped up all excited thinking that she was. She wasn't. More whining.

But, now he's asleep up at the window again. He loves it up there. When Yattie's not glaring at him and daring him to make a move anyway. 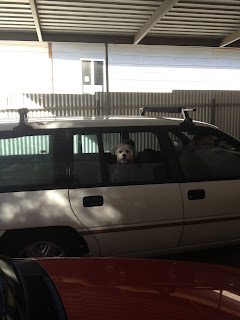 This is my car and chauffer. 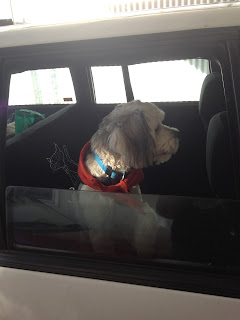 Why aren't we moving yet Mummy?
Let's GOOOOOO!!!