I woke up early this morning and was out the front to meet our neighbour, Sarah at 645am for our now daily walk. Yogi's doesn't get to come with me on these walks or any walks and won't until he can walk on the leash. He's so smart. Katt was just teaching him how to dance.

He's a little horrorhead though. Katt made him a coat. He ate a part of it. We're huge fans of The Voice - especially Team Delta. We're really hoping that Rachael Leahcar will go all the way. She's got the most amazing voice.

Anyway, I got up this morning and Yogi heard me roaming around so came to watch me. He heard the keys in my pocket. He knows what keys in the pocket mean. He just believes it means that he's going wherever you do. He's not always right. So, he came and stood at my door until I opened it enough for him to get more than just his snout in. Sat up on the bed and looked at me like this: 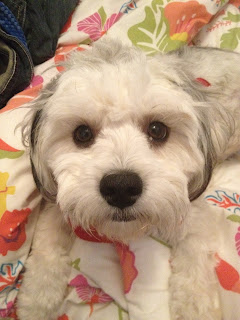 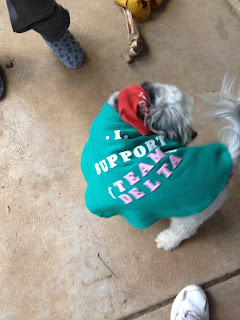 Dis is the team we support on The Voice
You should all go check out Team Delta! 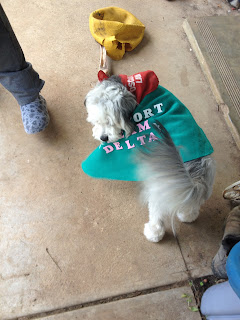 And dis is my favourite mentor.
I love you Delta.