Day 14: Playtime at the dog park

It's been a huge day for all of us.

We finally checked out the local dog park we hadn't been to yet. I think it's Yogi's favourite and I'm pretty sure it's mine too.

The only thing is - there are some owners who don't bother to pick up after their dogs despite knowing there's a chance they could get fined for it. That's a pet peeve of mine. Make the place nice for everyone! 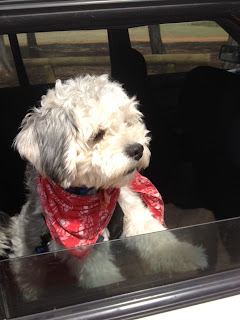 To say Yogi loves the car would be a bit of an understatement. He expresses is extreme disatisfaction if he hears us going out without him. Or even one of us going out without him. He'll jump straight up to his window if he's inside and watch the car leave. Then he'll rush to the front door to welcome you home and tell you how much he missed you. You don't need to live here for that sort of welcome either - he'll give it to you whether he knows you or not. He's a little bit like Doug from 'Up' that way. "I have only just met you but I love you." 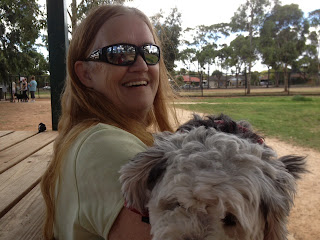 I love my Mummy! She takes me out on play dates.

I was going to add a video of Yogi playing as well but as Youtube is taking it's sweet time at the moment. I'll upload it at a later time.