Yogi and I had a slight disagreement last night when I let him in from outside, he jumped up on my bed and proceeded to pee all over it. I was not impressed. I was impressed however that my doona did actually fit inside the washing machine. I didn't think it would and then I would have been stuffed. I of course was less impressed with him when in dragging it out the back some of it ended up dragging across the cement. The cement that Sir Chews A Lot had ripped up bags of limestone as a younger pup.

Suffice to say at 3 in the morning when I was hanging out the washing my care factor was lower and I decided I'd deal with it in the morning. He wasn't very impressed with me either as I told him just how annoyed and unimpressed I was with him.

He jumped on the bed and sniffed at the doona before he cocked his leg. I wasn't even sure what he was doing until he was halfway through. He jumped down pretty quick and ran outside though when "Yogi! NO!" came flying out my mouth. He didn't want to come back in after either. He went and sat on his seat and looked at me. Do not pee on my bed. Pee on Mummy's.

I think it was either a domination thing or it was a 'I'll show you going out and leaving me behind for four hours!" It scared me though as I'd contemplated turning the electric blanket on 10 mins before and a bit soaked through to it. I've since realised matress protector goes *on top* of electric blanket.

I think he was sorry though because he let me get some gorgeous shots of him this morning. 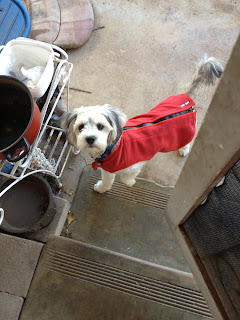 I'm sorry Aunty Anne.
I peed outside in the garden.
Can I come in Please? 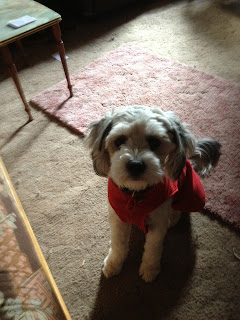 No, I really am sorry. I mean it.
Please forgive me. I won't pee on your bed again. 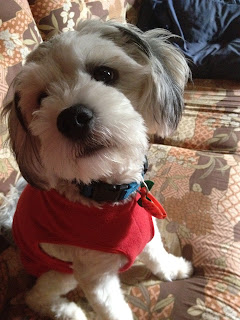