Despite my protests Katt pointed out that it was only a little rain so we headed down to the dog park. Who should be there but Smudge and Tricky! There was much running and chasing especially after Monty arrived. 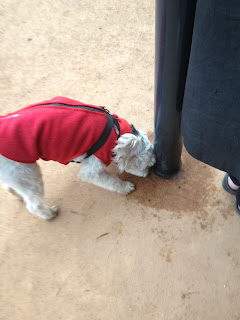 Just checking the news since yesterday. 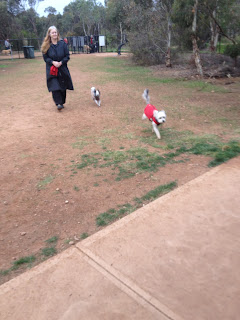 Mummy and Smudge are right behind me! 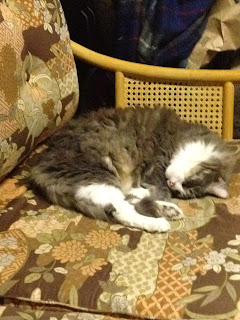 This is my brother, Yattie.
I love him most when he's asleep.


Was funny yesterday. Yogi was nosing in the bin so I told him 'No'. He walked back out of the kitchen and as he did Yattie reached out and batted him with his paw. As if to say "We said NO!" They were chasing each other up and down the hallway today. A huge huge change from when Yogi first got here and Yattie was a bully with a capital B.

Here's an example of the blitzing. Yogi had stolen Monty's stick so Monty wanted it back. He's a Jack Russel X Pug X Cavalier. He can run like the wind - he was certainly giving Yogi a run for his money. Yogi's the red streak (he's wearing his jacket.)