Katt and I ended up at a new super pet store today. She was very happy as she found Yogi's toothbrushes really cheap apparently. I thought $25 was pretty expensive myself but as I've never bought them I have no idea how much she usually pays.

We went to the library today and found out as a new member she can only borrow 5 books for the first 3 months. (Despite having been a member a few years back. The great thing is you don't have to pay if you've lost your card if you've dropped off the system. I hid a snicker as she had to pay to replace the library card she got 3 days ago.) I on the other hand have been a member for ages so swanned off with my many many books.

Yogi was happy when we got home. Katt went to bed to read and I pulled out the sofa bed. Yogi was so happy. He curled up with me for ages and it was only when I got up to make myself dinner that he went back to curl up with Katt.... at least I don't remember putting him back outside... 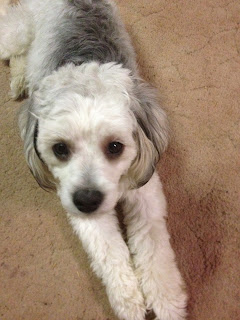 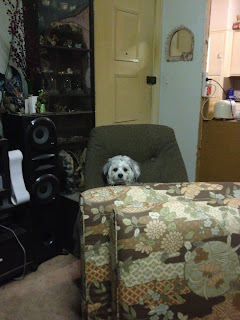 This is Fort Yogi. Enter if you dare! 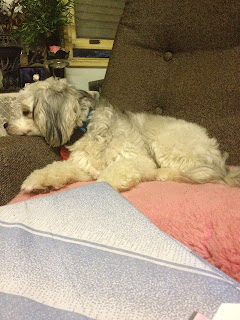 *Sigh* Aunty Anne said I looked like
a power puff girl. Mummy said heavy
on the power. Aunty Anne said, no,
heavy on the puff. She's calling me
FrooFroo Puff Boy. I wouldn't care
if there were more treats involved.