Yogi was up at the window when I got home tonight torn between running to the door and watching me to see what I was doing. He eventually decided on the door and pranced over. He was so happy to see me he ran over with Ratty.

I threw Ratty for him and he was happy as a lamb. Only... Ratty had a little accident. I was pulling Ratty out of Yogi's grasp to throw him again and Yogi was pulling on his long tail... and well Ratty was a bit like a lizard in the way he shed his tail. Only... Ratty won't be growing his tail back. Surgeon Katt seemed doubtful of her medical skills so Ratty's tail is no more. It's a pity it was hysterical when Yogi would end up with it around him like a hippie headband. The rat itself just hanging from one side. 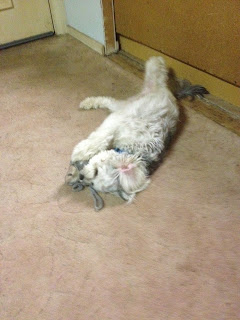 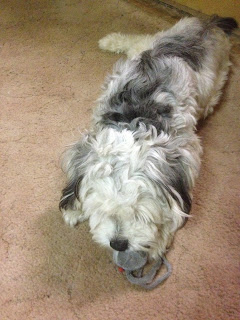 I gonna chew you up Ratty! 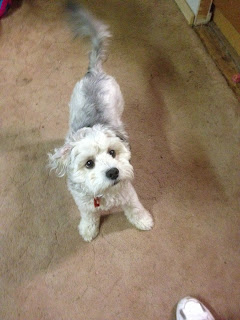 Are you okay Ratty?
RATTY?
Answer me Ratty!