Yogi spent a fair amount of time outside today. He thought I was going out there to put the washing out the first time. Seeing I had only just put it into the machine he was wrong. He was in such a rush to get out there I opened the door for him. He got out and then turned to look at me. "What?! You're not coming too?"

When I did go out to put the washing on the line I offered to let him inside. He refused choosing instead to follow me over to the line and tilt his head at me as I asked him where his toys were. Later when I went to let him in though we had a bit of an issue. I've gotten in the habit of making him sit before I let him in. He was refusing to sit so I was refusing to let him in. He was unimpressed and when I opened the door a little decided he was going to shoot past me and get in without having to sit. What happened was I once again proved I was higher in the pack than him. He failed in his tactic of speed and decided it was going to be quicker to sit than argue with me.

But, he was so very nice as to let me take photos today where we can all enjoy his beautiful eyes. 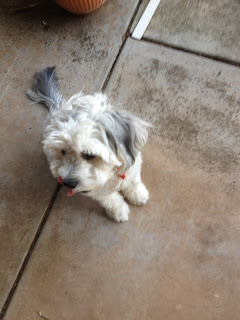 Just thinking about that old smelly
bone has me licking my lips. Yum! 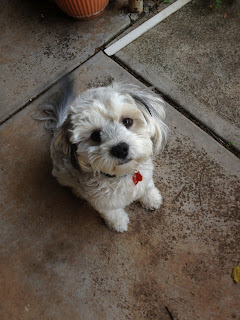 We gonna have a battle of wits later,
Aunty Anne. I'm going to win! 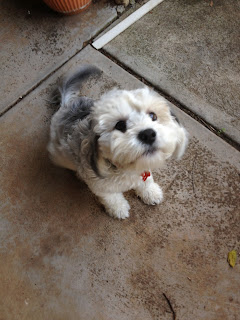