My apologies. I did miss a day. But that's the announcement. After a year of having Yogi in my daily life I'm going to be moving. I moved in with Katt for a reason and I am happy that it's time for me to move on because it means she's doing okay.

I know Yogi is a huge reason for that. I'm going to miss my friends. I'll even miss Yattie Da Evil Cat who let me pick him up today. Katt's eyes went wide when I said "Hey Katt!" It was funny. I think Yogi knows. He keeps giving me this look.

But, don't despair. The boys had a great idea. Katt should continue on the blog to it's conclusion. I'm sad to see the end of my part in it. Although I'm sure here and there I'll still be a part of things.

Katt has decided to give me access visits where Yogi can come and stay with me overnight. I almost cried when she said that to me. She knew how much it cut me up when my ex took my baby girl away from me. I heard through the grapevine he had to put her down recently and that broke my heart. I hadn't seen her in 11 years and I only saw her once after I got home from Japan. Which after the hoops I had to jump through I decided I wanted nothing to do with them even if it meant giving her up. But, she's been in my heart every day. It was also because of that I made the decision that if I ever got another dog it would be *MY* dog - and not "our" dog. Which is the other reason when Katt asked me last year about getting a dog I said to her it's YOUR dog. I didn't want my heart broken again. But, this time I still get to see Yogi.

I can ring Katt and say "Can I take him to the park?"

I am going to miss him so much but I know he's right around the corner. I am such a dog person. I wish I was in the position where I could get my own dog and cat. I was never a cat person but my old cat who was with me for almost 16 years really changed my position on that. And Mr Fluffles my old housemates cat. He was such an affectionate one. Yattie's not like that but he is getting more so. I'll faint the day I drop over for a visit and he jumps in my lap for a cuddle though.

So, yes from now on the blog will be Katt's domain. You've seen Yogi from my POV it's time to see what his Mummy has to say. (At the moment she's saying I can't find the cord to my camera!) I told her she doesn't have that far to go. I got it most of the way. It's just her time to get it into the home stretch.

It's going to be interesting to see the change around here. The alpha's leaving so the pack will be changing. I wonder who's going to come out on top... at the moment it goes Me, Yattie, Yogi, Katt... lol.

I am going to miss doubling over in laughter with Katt almost every day. I've been keeping my door open (although I will close it when Katt goes to bed as the smoke will waft in and while I've become more tolerant of leaving it open because it's not really my room anymore) and Yogi's come in a lot more. It's funny. He's tired and wanted to go to bed. Katt's not going to bed but I'm already in bed - so he came to join me instead.

I will not miss his farting. You're lucky I can't share that with you.

I will be around - and rest assured I will be bugging Katt because I'm going to be just like everyone else now. Reading it with bated breath. I shall be working on his website and uploading more photos. Not all of them made it onto the blog.

Thanks for reading. It's been fun.

This is Aunty Anne signing off... and handing over to Yogi's Mummy... or Katt as I like to call her. 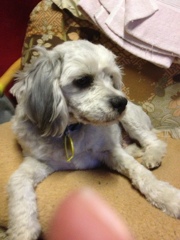 You're not leaving. I refuse to listen. 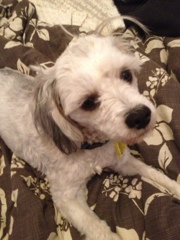 You, Mummy and me forever!
I don't care if you don't have that sort of relationship! 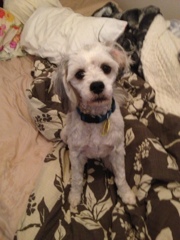 Wait..WHAT? You mean moving out
means you not going to be here with cuddles
and play time EVERY SINGLE DAY? 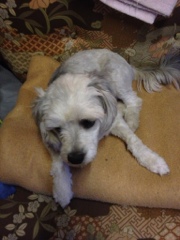 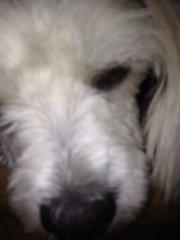